Libya, can we mourn? 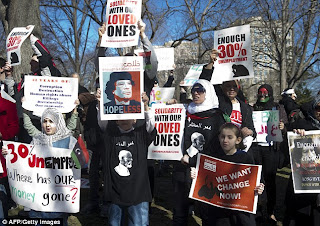 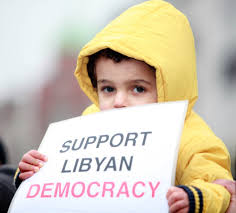 Turning and turning in the widening gyre
... 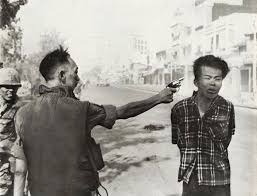 Mere anarchy is loosed upon the world,
The blood-dimmed tide is loosed,

and everywhere
The ceremony of innocence is drowned;
The best lack all conviction, while the worst
Are full of passionate intensity.

When a vast image out of Spiritus Mundi
Troubles my sight:


somewhere in the sands of the desert.
A shape with lion body and the head of a man,
A gaze blank and pitiless as the sun, is moving its slow thighs,

while all about it
Reel shadows of the indignant desert birds.
...


The Persians
The Aeschylus tragedy from 472 BC.
Aeschylus urges the victorious Greek community
to grieve the fallen sons of the conquered enemy.


WE
To us he speaks. We who fought with the rebels. We who fought on Kadaffi’s side. We who bombed targets in Kadaffi’s battle lines. We, who provided tax money for the NATO air missions in Libya. We who raise our Kalashnikovs today and euphorically fire them towards the sky. We, who uneasily throw our Kadaffi uniforms and sneak out on the street in civilian clothes. We who proclaim our joy over the victory of democracy. We who proclaim our joy of Kadaffi’s death. We who regret it.


Let all rejoice that the war ends.
Let us rejoice in the freedom that is won if we will.


But, in the square where we gather, let Aeschylus also come forward.  And we listen:


Let us not be haughty. We are all human - playthings of higher forces of power. Let us grieve with those who were our enemies in battle. Let us mourn all that we and they have lost in the war. Let us talk about tomorrow.


Libya,
can we grieve the fallen sons and daughters of an enemy?

W. B. Yeats "The Second Coming"