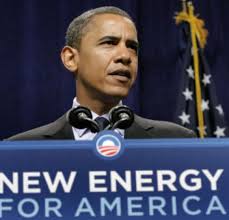 The President of the United States of America has at times been thought of as the Captain of a ship. In his poem ”O Captain, My Captain” where Abraham Lincoln is celebrated and mourned Whitman describes the President as the captain who gave his life in steering his ship America safely through the tempests of the Civil War.

Thinking of Barak Obama. What kind of Captain is he? Where does he steer his ship?

One comment on the reactions of the public to the government-ordered murder of Usama bin Laden:
“Press photos of Americans drunk with glee over the killing of Osama bin Laden recall images from long ago of parents hoisting children onto their shoulders for a clearer view of a public execution. This mindless merriment, based on hatred, fear and foolish indifference to the rage it inspires outside the United States, echoes the mindless viciousness of terrorists. If we become them, what “way of life” will we have left to protect?”("The Progressive Populist")
Is this glee and merriment an expression of an American exceptionalism that allows America to commit crimes abroad that America does not allow others to do to America?

Mindlessness, hatred, fear, foolish indifference? Is that a vortex Captain Obama could steer his ship free of? Reminds me of another Captian.

What kind of Captain is Barak Obama? Is he getting close to enacting certain aspects of Herman Melville’s Captain Ahab in Moby-Dick?

Ahab - once wounded and mutilated in a ferocious meeting with his opponent. Now letting himself be irrationally blinded by the thirst for revenge, Ahab, seeing his opponent as an incarnation of evil, accomplishes evil himself.

Is there an other way for Captain Obama?
What kind of Captain is he?