POLITICS: Has Justice Been Done? 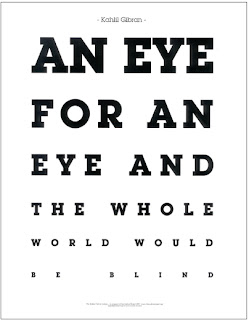 ?
”Fair and effective criminal justice systems that ensure respect for the human rights of all those involved are prerequisites for combating criminality, both national and international, and for the building of societies based mainly on the law”
?
”BLOOD FEUD
Avenging the wrongful death of a person's kin by killing the murderer or by receiving compensation from the murderer's possessions. During the Middle Ages all European nations had similar customs concerning the murder of their inhabitants. The closest next of kin to a person who had wrongfully died at the hands of another had the primary duty to retaliate against the killer.”

What kind of justice does the world need?

sources:
Gibran, Kahlil. "An Eye for an Eye." May 3 2011. http://www.wow4u.com/kahlilgibran/index.html (to go to the Kahlil page, copy the link and paste it into the address field)

”Court of Justice.” The Free Dictionary. 3 May 2011. http://www.thefreedictionary.com/court+of+justice

”Why do we Need a Criminal Justice System?”  Essay bachelor criminology. 3 May 2011.  http://img.privatewriting.com/1/samples/essay_bachelor_criminology_23p.pdf